Pure Evil, a graffiti & street artist, named Charles Uzzell-Edwards is known for his iconic vampire bunny rabbit which derived from the artist's feeling of remorse after shooting a rabbit in the countryside when he was young. Pure Evil's passion for street art began in California, he was heavily influenced by West Coast graffiti artists like TWIST and REMINISCE and skate art. His work is playful yet depicts dark imagery, reflecting on the darkness within our world.

In May 2012 Pure Evil appeared on the prime time BBC TV show The Apprentice, where he took part in an urban art task; this led to a huge increase in interest for his work. 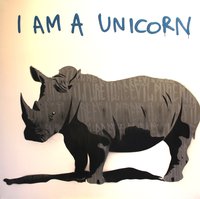 I am A Unicorn - Sao Paulo
Sold 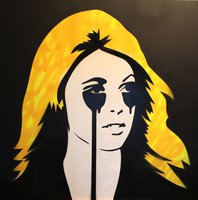 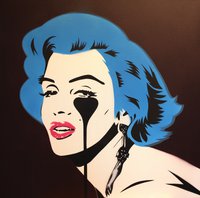